Dan and I travel together now, but before Dan and I met, I had traveled solo a few times. Sometimes I traveled for just a few days after spending a few weeks with friends (Thailand, South Africa and Colombia), once I traveled for nine days on my own because none of my friends were free to come (Costa Rica) and once I took a four-week train trip across China, meeting up with friends along the way (Chengdu to Harbin).

After Dan and I met, Dan traveled solo, ironically, and had some great experiences on his own (Iceland, Amsterdam and Chile more recently, and many other places in the USA before that).

Sometimes traveling solo was difficult, and sometimes it was an awesome challenge that got me to test myself. If you solve a problem on your own, that’s your win, and no one else’s.

Whether you’re traveling somewhere popular or to an under-the-radar destination, read our list of why solo travel is a great thing to try in your lifetime!

Planning to travel for your first time, or first time alone? Check out this list of vetted safe destinations for first-time travelers around the world.

Okay, so you arrive at a hostel in a new place. You don’t know anyone. How do you meet people? You can start talking to travelers in the hostel bar or social area, sign up for a city tour, take an organized day trip or another class or event that the hostel puts on.

You’ll meet people with similar interests and you’ll realize others are traveling solo too, for the same reasons.

In a hostel in Cape Town, South Africa, I sat down at a table with two friendly backpackers from Australia and Canada, and pretty soon we had invited anyone who walked by us to a giant group dinner, at which 14 of us tried African meats and sampled as many bottles of South African wine as we could!

If you’re looking for a hostel, consider Hostelworld. That’s how @halfhalftravel books hostels. 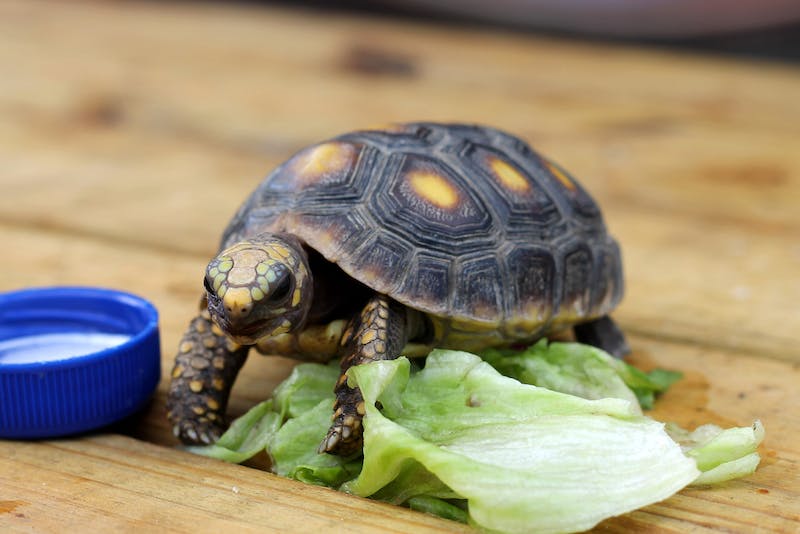 Making friends with turtles at hostels

I realized in Costa Rica that because I had taken the advice of friends from home and came with a pre-arranged itinerary, I was averse to going along with cool people I met, to their destination.

I met some nice Israeli girls who were headed to beaches in Jaco, but I had already made myself hostel reservations in Manuel Antonio and had to say goodbye at the bus stop. I have all kinds of wacky stories of this trip, like how I met a Welsh girl and an American guy in Monteverde, split from them, and ran into them getting off a bus in Quepos, only to travel into Panama all together and essentially spend the next 12 days of our lives doing the same things.

By traveling solo and being flexible, you can travel with people you meet and not be hindered by set plans. 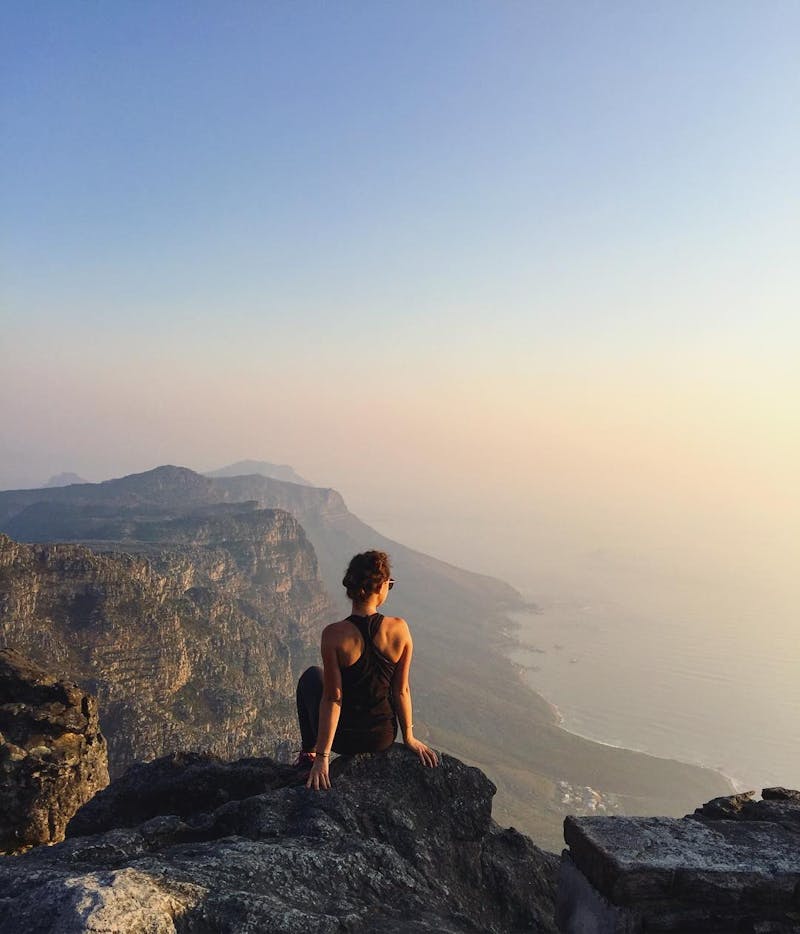 Becca at sunset from the summit of Table Mountain

Traveling solo allows you to make all your decisions

Traveling alone gets you to solve your own problems

Once you overcome a situation, that’s your success, like this one time in Cartagena, Colombia, when I arrived alone, with two days to kill before my flight.

Looking for new proven ways to save money on flights and airfare? The easy solution is to sign up for Scott’s Cheap Flights, the leading way to find flight deals and mistake fares, directly to your inbox.

When I arrived at my hostel, I found that they had overbooked, due to a web error, and sent me to a less-great yet available option two blocks away. That night I got lucky and was able to meet up with a New Yorker I had met previously in Santa Marta.

After a night in the second-rate hostel and realizing the hot room with no ventilation was not for me, I booked myself in a dorm in another hostel, still trying to connect over Facebook and Whatsapp with anyone I had met previously in the trip to see if they were around. By my last morning, I had another successful meetup with a Canadian girl and we went on a graffiti tour together. 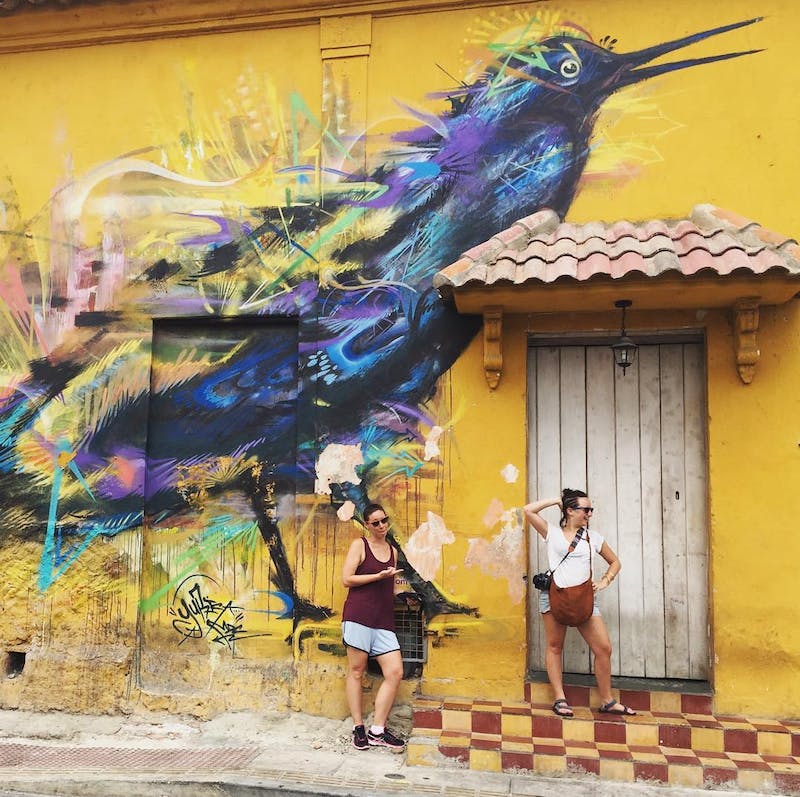 Becca and a new friend during a graffiti tour

In Thailand, I made friends with a Thai Buddhist monk and we went out for smoothies together. Anyone to whom I mention this story has no idea what this felt like to me and how unique it was. Memories from when you travel alone become your personal memories forever. 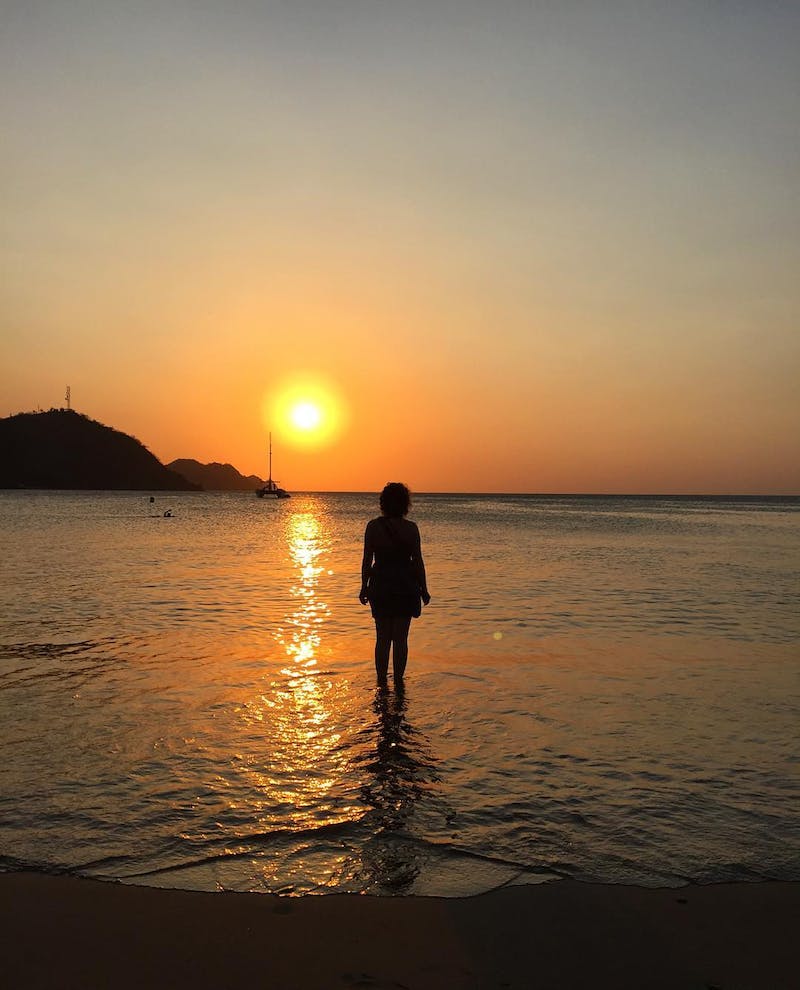 Becca wading into the Caribbean Sea in Taganga

Both Dan and I recommend traveling alone to see how strong and independent you really are! Give it a shot. There’s no better time than now.

We've traveled the world in our signature live-like-a-local style across five continents, both on short vacations and longer live-abroad experiences. We can't wait to share our travel advice and travel hacks with you, here on our blog.

We created this blog to share some of the knowledge and experience that we have around travel and photography. We're currently working remotely in Brooklyn.