The Medellin Transformation Tour with Epic Tours was one of the most important things I did during my first week (back for our second time) in Medellin. Most people know that Medellin had a dark and tragic recent past, but how did Medellin transform itself from the most dangerous city on earth to a forward-thinking and hopeful metropolis?

Without having a local guide whom you can hear from first-hand about what life used to be like here, it’s nearly impossible to comprehend. After taking a city transformation tour in Medellin, I was able to learn about how Medellin changed drastically during only two decades.

Our guide Manuel started out by introducing Medellin of the past: when he was a teenager, he would eat breakfast with his family in the morning, not knowing if there would be food on the table for dinner.

When he was a teen, he was playing soccer with friends one day, and he became the unfortunate victim of peripheral gunfire when a bullet from a nearby shootout hit his arm. He illustrated for us that Medellin was a terrible place, due to the conflicts that arose from the drug cartels, guerrilla warfare and Colombian government.

Manuel’s narrative for the day was that Medellin has turned itself around and has become a city full of people who want peace, progress and community. We started by walking around the downtown area called El Hueco, where we saw street vendors, a bustling shopping street and the mural-type artwork that now decorates the concrete pillars of the above-ground metro.

Medellin’s metro as a symbol

In fact, the city’s metro has become a symbol of Medellin and has done wonderful things for the people. What’s most impressive is how much the people love the metro, and how they treat it - the metro has no graffiti and is very safe. The metro system has helped connect the poorer areas to the city center, which has improved life for thousands.

Taking a ride on the Tranvía & Metrocable

We got to take a ride on the Tranvía from San Antonio station, and we were heading toward one of three cable car systems in the city. After we ended the smooth Tranvía ride uphill past multiple neighborhoods, we transferred to a connecting station for the Metrocable, the cable car system that connects less-wealthy neighborhoods higher up in the valley.

This is where the hills start getting steep, and from the cable car you can see that entire sidewalks become staircases here. It became clear to me after we took the cable cars that building metro train tracks in these steep hills would have been impossible, and so it seems the Metrocable (cable car system) was born. 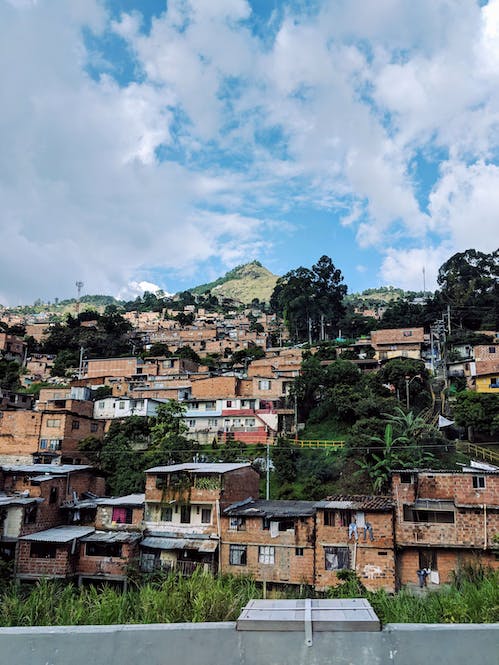 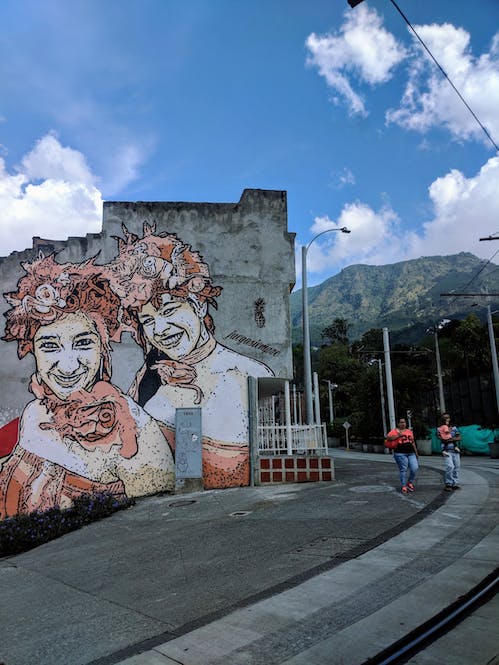 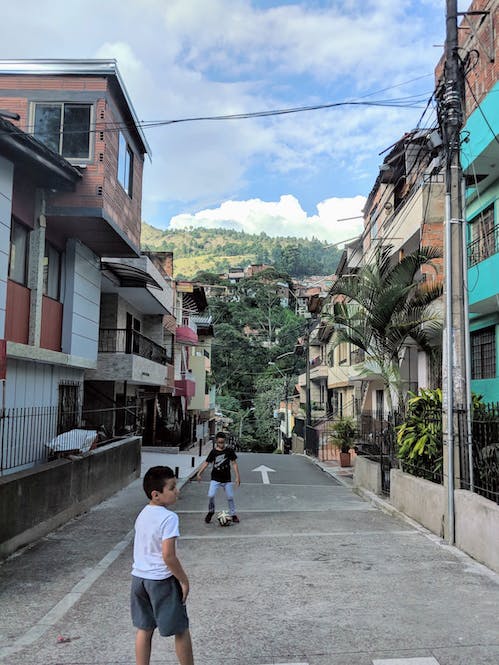 Seeing how the other half lives

The cable car route was extensive, and the views were astounding - we saw children playing sports, roofs of corrugated metal and the overwhelming green landscape that surrounds the valley.

It was alarming to think that before the entire metro system, many people in these areas had two or three-hour commutes to the city center, despite being so geographically close, and that the developments of the 1990s-2000s changed everything. 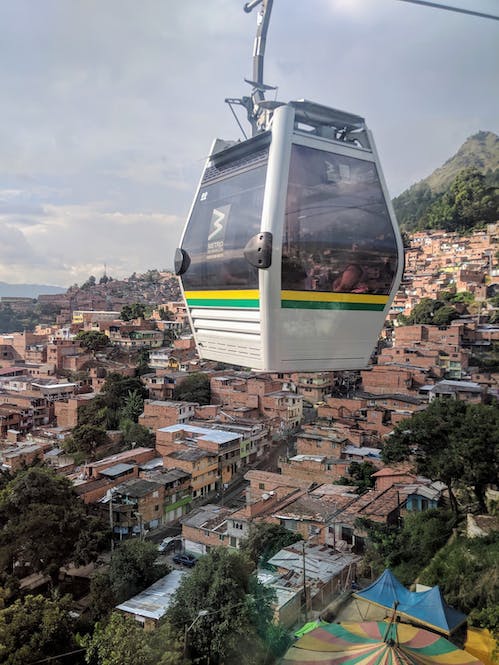 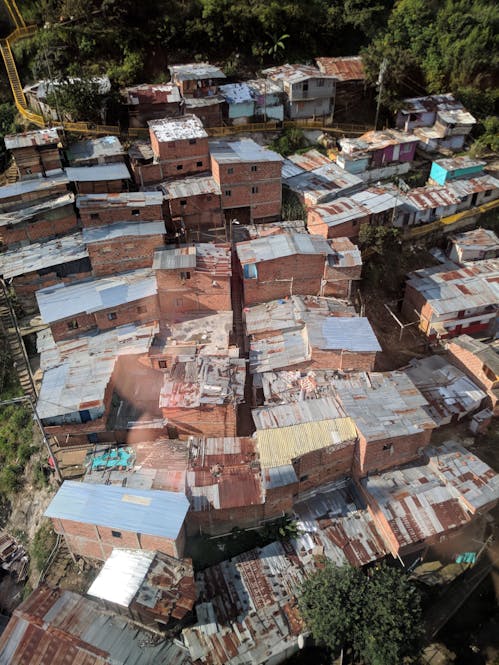 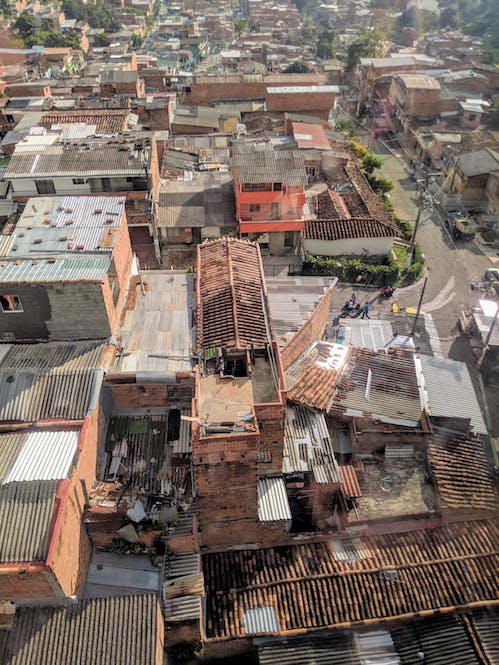 The culminating point of the tour was the Casa de la Memoria, a solemn museum in the Buenos Aires district that tells the story of the armed conflicts that enveloped Medellin for a good part of the last century. This is a must for tourists who want the full picture of Medellin.

Much of the museum is in Spanish, but the photos and videos are subtitled in English and tell a story on their own. In the first room, an interactive timeline allows you to scroll through the years and read about news as it related to Colombia, the Antioquia department or the city of Medellin.

There were chilling exhibits with simple household objects used as symbols to illustrate ideas - broken plates to show how life became broken for farmers during the conflict, pencils and paper to symbolize how many journalists were killed or went missing and small twigs with bands of colors to represent the different indigenous tribes of the region. It’s these visuals that stuck with me.

The museum allows visitors to progress into a room that’s dark except for specks of small lights and mirrors that reflect them, with images of the fallen in family photos, throughout the years. The images brighten and then dim, as you walk through the chamber. It’s so important to remember that many innocent people perished during the years of conflict and terror and that these times are still so recent.

The bottom floors of the museum represent the 1980s and the 1990s, and an interactive wall allows visitors to complete the phrase “Medellin es…” (Medellin is) with pencil and paper on a wall. The last image you’ll leave with is a giant yellow-and-black wall that reads “SOBREVIVIMOS,” which means “We survive.”

From there, the museum walls opened into a neighboring park, complete with Medellin’s signature greenery and plant life. To me, this symbolized peace and hope. 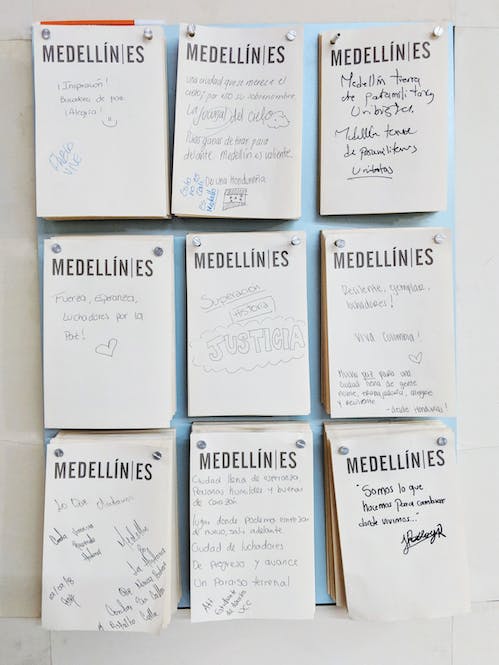 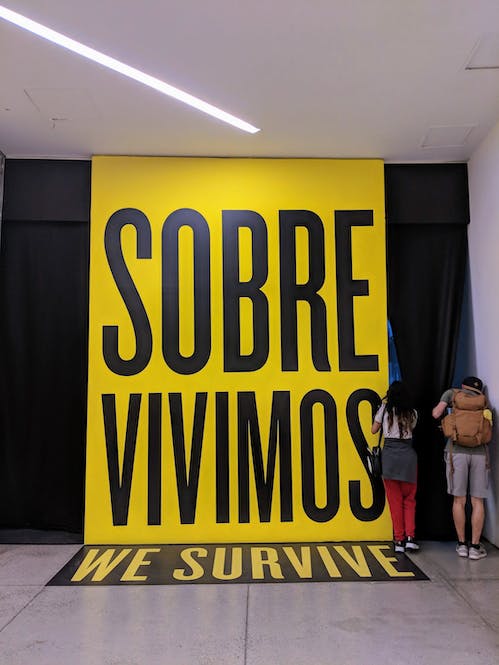 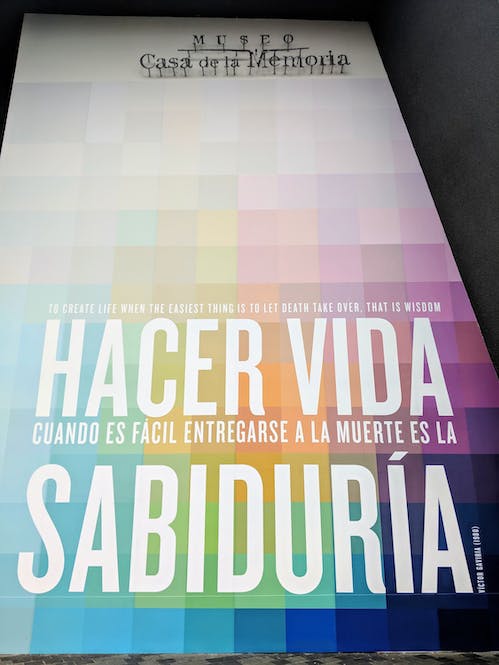 This tour was a powerful and informative experience. Our group learned about how the conflict (that many people unfortunately only learn about from the Netflix show Narcos) was a real and true difficult time for Colombians. Our guide touched us in so many ways, from his sincerity in storytelling to his smile, as he told us that we too are helping shape Medellin’s transformation.