Israel is home incredibly diverse landscapes from the heights of the north to the deserts and seas of the south, and home as well to one of the world’s most fascinating environments - the Dead Sea. 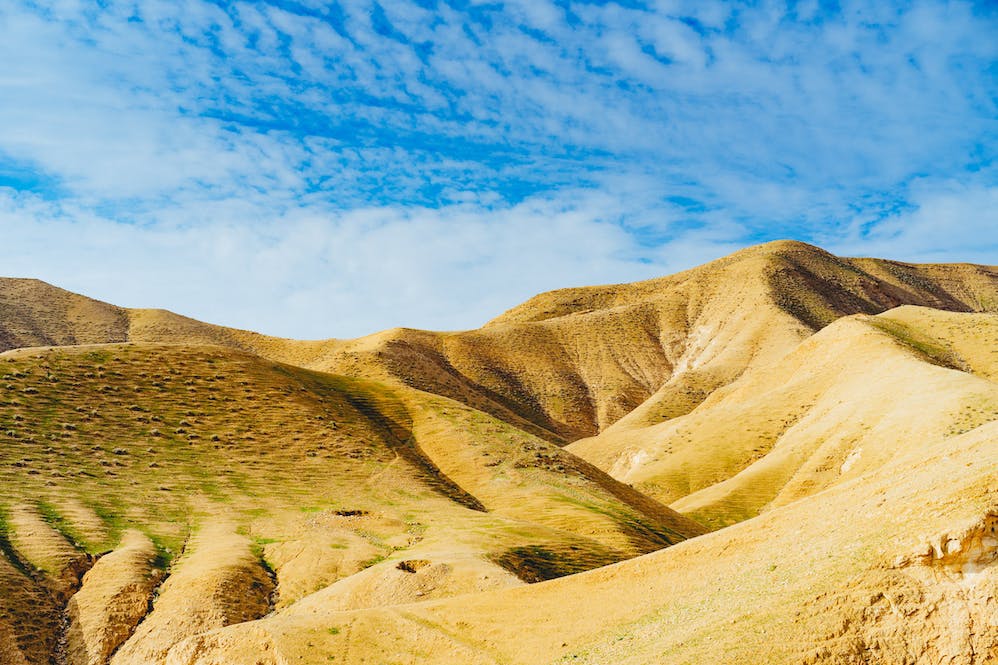 Did you know that the Dead Sea is the lowest land elevation in the world? That means that the only lower elevations on earth are those that are under oceans. Incredible!

When you’re at the Dead Sea, be sure to look for all the fish that live in it … Just kidding! The Dead Sea has such a high salt content that nothing can live in it. This is why it was named ‘dead.’ Its salt content is around 34%, which is unbelievable. We highly advise not to eat the salt. Not even for popcorn. We heard the Dead Sea’s cousin, pepper sea was pretty cool. Just kidding! Alright we get it, enough with the jokes. 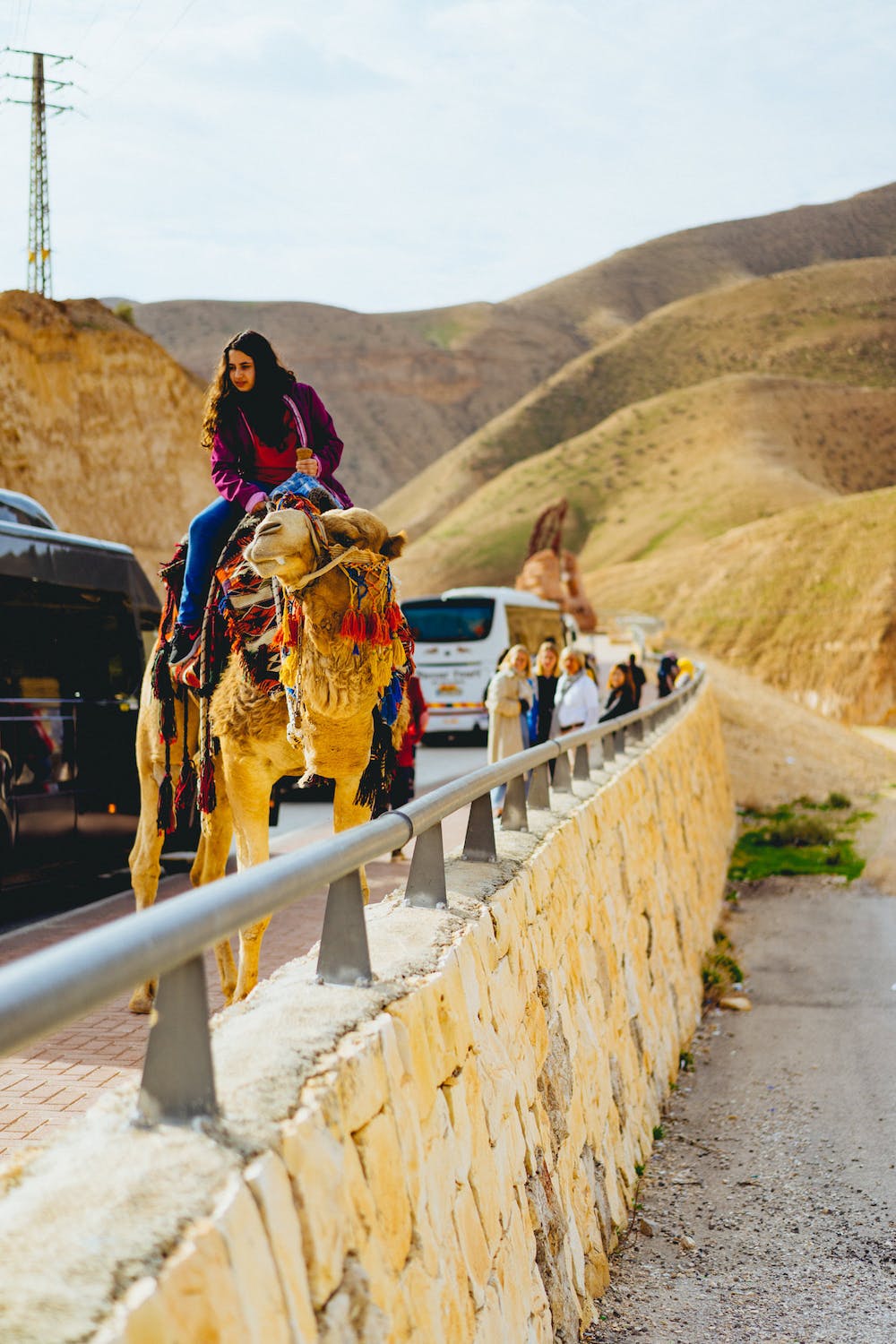 Beginning our trip for the day

Our tour guide picked us up from downtown Jerusalem and we drove through the desert region of the West Bank, stopping along the way at the ‘Sea Level’ monument. This is where the land is at 0 elevation! From there, we went down… down… with our final stop at the Dead Sea’s northern banks, at 430 meters below sea level. Wow! 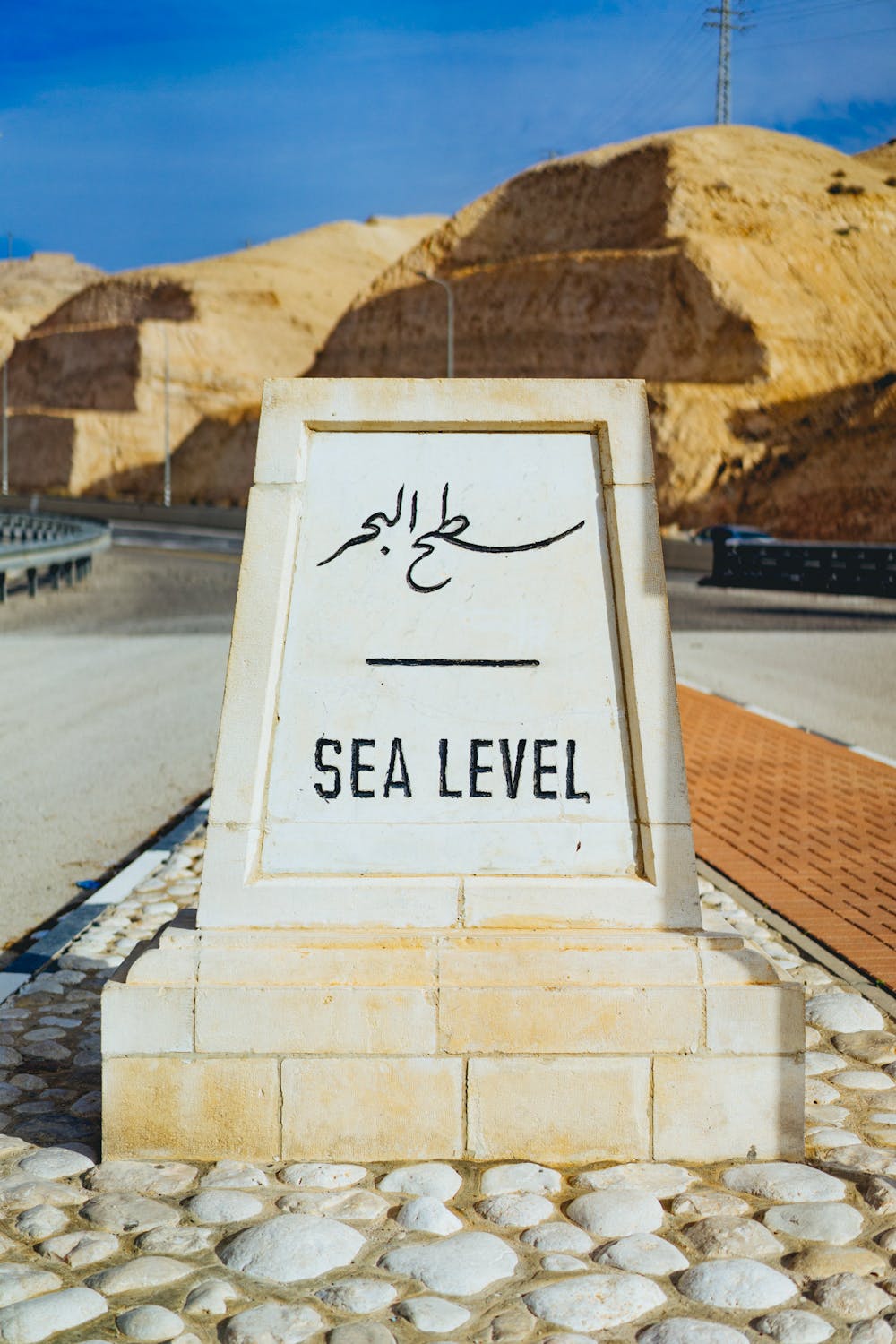 Along the way we also stopped at the Baptism Site of Jesus Christ, called Qasr el Yahud in Arabic. We were surprised the find that the Jordan River in this region is just a trickle! We pictured it to be much wider. 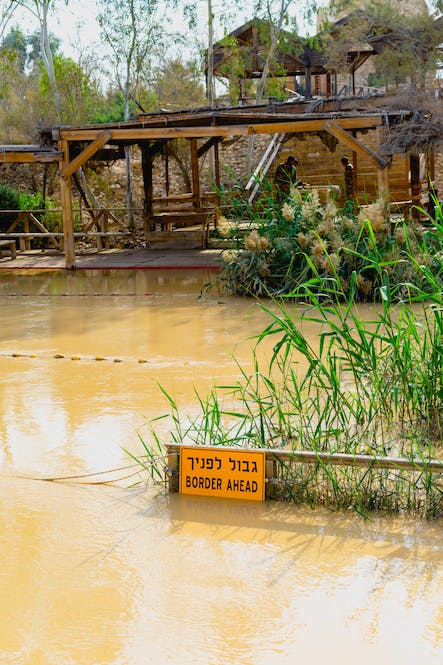 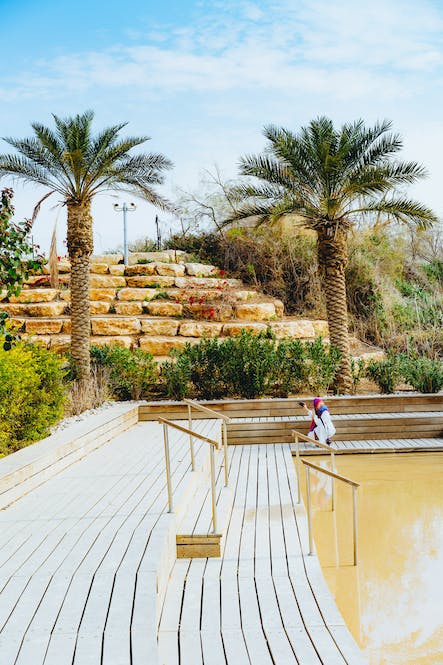 When we got to the Dead Sea, we could see the mountains of Jordan on the other side. It made for a nice backdrop! We tried floating, and it was so easy. You don’t even have to try to float! The other ‘must’ at the Dead Sea is to rub the mineral mud from the beach all over yourself, because it has healing properties. After you wash off, be sure to try some AHAVA samples in the gift shops, like the Dead Sea salt hydrating creams. 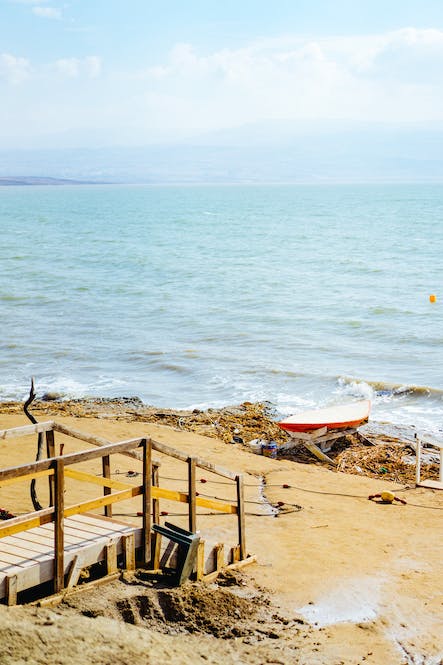 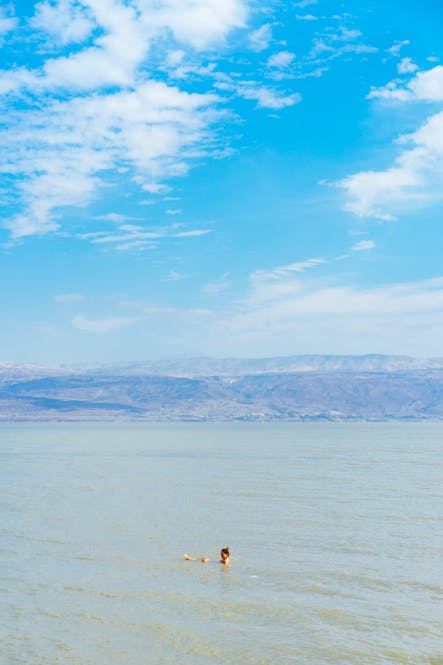 To find out about more tours from Tourist Israel, check their website at www.touristisrael.com to see schedules. We wished we had time to try them all, from the tours of Israeli cities to the Golan Heights to Petra, Jordan.