When does it make sense to fly on a red eye?

You can fly a red eye flight to save money

First, it makes sense to fly on a red eye flight if you intentionally want to skip a night of accommodation. If your red eye flight departs at 11:30 pm and lands at 6:00 am the next morning, you can get all your sleeping in during the flight. You don’t have to pay for a hotel and you can save money on your trip.

You can fly a red eye flight to save time

Second, it makes sense to fly on a red eye if you want to save time.

Let’s say you have a wedding to attend in California, and you live in New York. Let’s also consider that you have an event to attend on Friday, after work.

If you take a red eye flight, you can depart Friday night and arrive in California, the next morning. You won’t waste time being on a plane for six hours on Saturday, so you can instead use that time to enjoy seeing family and friends.

If you felt motivated to do so, you could even take a red eye flight home, Sunday night, and arrive at 7 am, as an example, and head straight to work. You may be tired, but you surely got to maximize that trip out west.

As you can see, people take red eye flights to save time, or save money, or save both of these things at the same time. Red eye flights can be helpful in these particular cases. 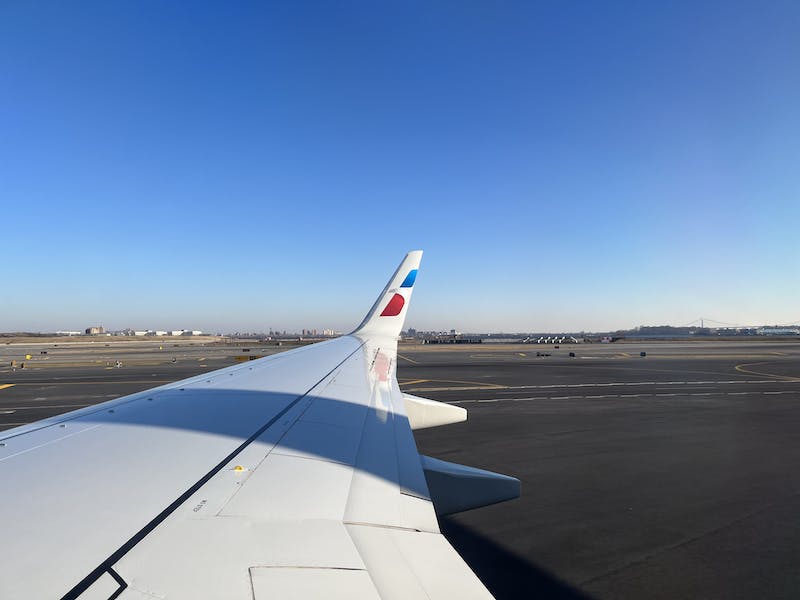 What are some ways to sleep on a red eye flight?

Dan has a really hard time sleeping on flights. He embraces the fact that he can’t sleep, and tries to be productive when we fly.

Let’s say he “tries,” because he usually watches movies until the flight lands. Becca is able to sleep for most of the red eye flight if not all of it, if the flight time happens during regular sleeping time (midnight to 8 am, or so).

Knowing this, we plan accordingly. We’ll plan for some rest time in the middle of the day wherever we go. If there is a time change between our origin and destination, we try to stay up for as long as we can, to try and get ahead of the jet lag. 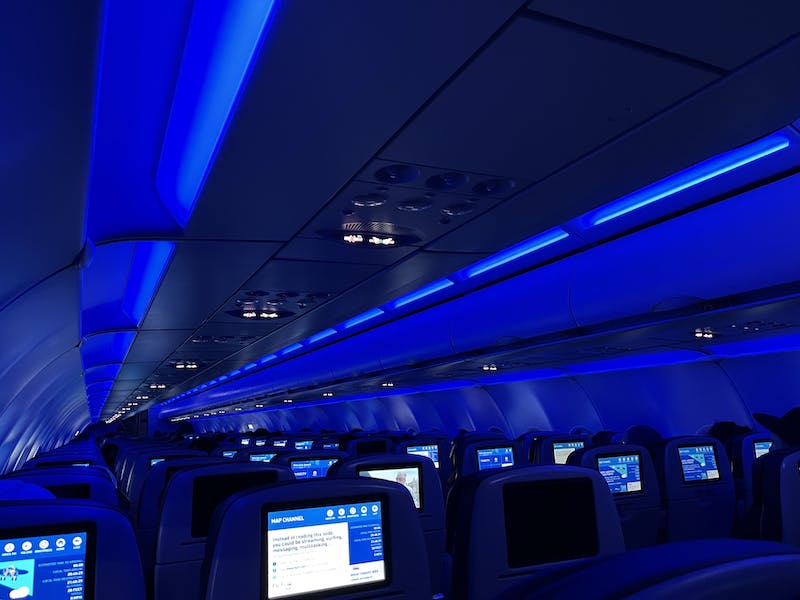 What are the benefits of flying on a red eye flight?

Red eye flights are considered less desirable, so you can often get a good deal on a flight if you choose the red eye flight.

You’ll get to your destination early

With the innate timing of red eye flights, you may arrive any time between 4 and 8 am when you arrive. If you have a way to sleep on the flight, you can maximize the time on a trip like this.

Rather than losing half a day to time spent on a flight, you can really enjoy a day of three meals and sightseeing or events in the location of your trip.

You’ll optimize your time in both destinations 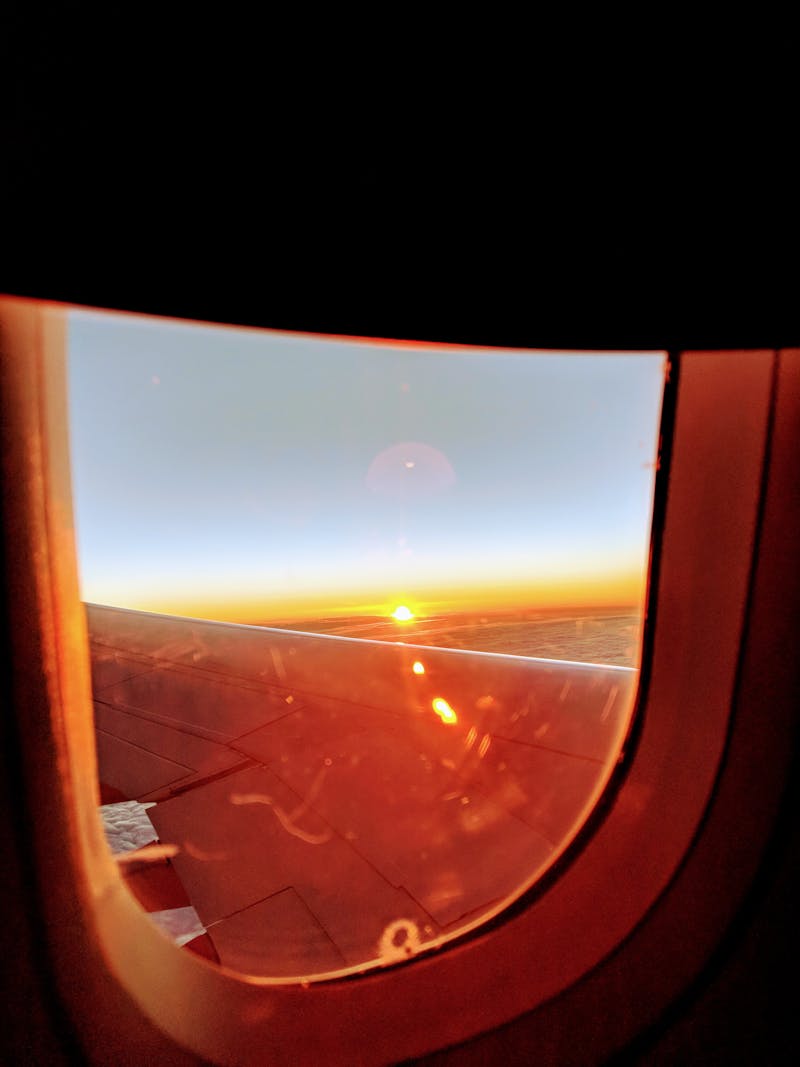 What are the disadvantages of a red eye flight?

Although there are a few clear benefits for red eye flights, the disadvantages are off-putting for may travelers. Let’s explore some of the cons of flying on a red eye flight.

If you’re someone who needs to sleep in a bed, or you have trouble sleeping on planes, a red eye may not be the best flight option for you.

If you are traveling with children or elderly family members who may need special care, then red eye flights are probably not the best option, despite the advantages.

If you have a layover or connecting flight during a red eye flight, this can disrupt your sleep and rest overnight. Also, having layovers between red eye flights is exhausting.

Sometimes arriving in a city early isn’t always the greatest. Hotel and Airbnb check-in times don’t usually start until noon, at the earliest (and sometimes as late as 4 pm at select hotel chains). When arriving on a red eye flight, you’ll have a lot of time on your hands before being able to check into your accommodation.

When we traveled to Asia, we took a lot of night buses, which function in the same way as red eye flights.

We’d depart from a city at night, and we would arrive at a new place around 6 am. Some hostels we stayed in had a room dedicated for this purpose and you could take a nap in a common room, and store your luggage in a closet.

Note that this type of offering may be unique to Asia and other parts of the world in which this type of trip is more common. 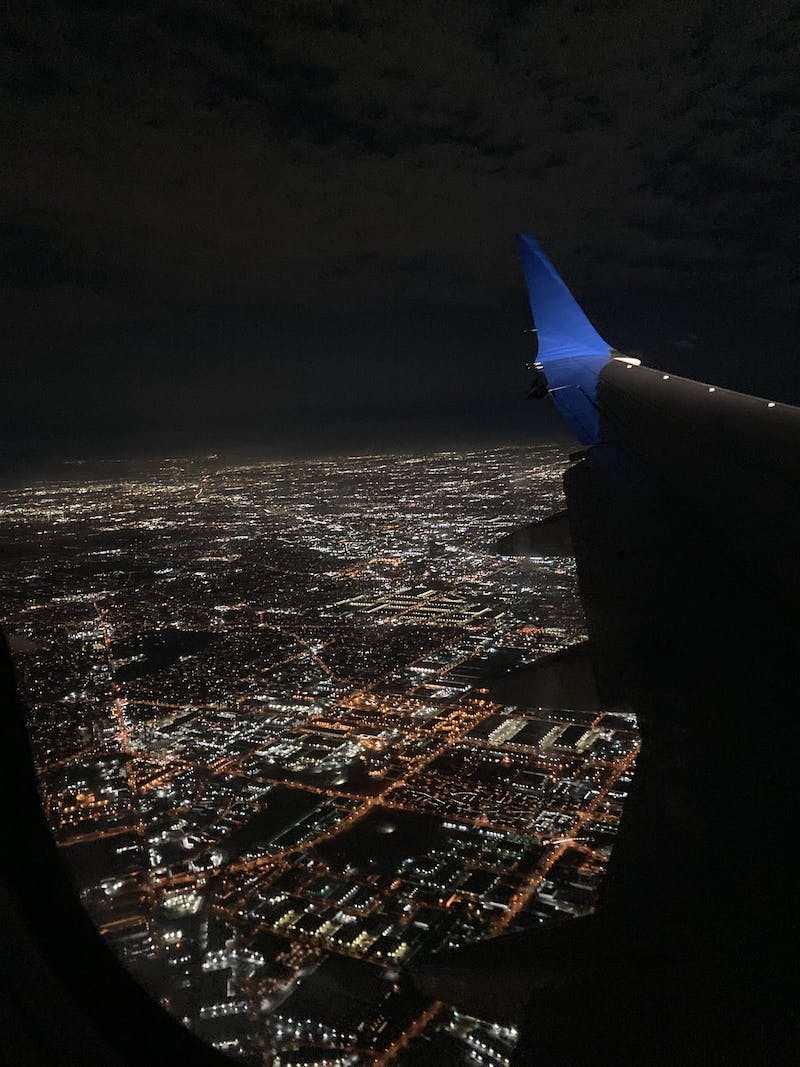 Where did the term ‘red eye flight’ come from?

It’s hard to trace back to an exact origin, but “red eye” flight is translated from your eyes being bloodshot because you are so tired

Honestly, this nickname for this type of overnight flight makes sense, because the times I’ve taken red eye flights have made me really tired!

The actual red eye flights themselves are safe and it’s common that most passengers on a red eye flight will fall asleep very fast.

Passengers may even sleep for the entirety of the flight, so consider that if you take a red eye flight, you could be on a plane full of sleepy people.

As for airports, they are generally safe at all hours of the day and night. If you’re feeling nervous about being in an airport in a foreign country late at night or early in the morning, consider that airport security for entering the airport can be even better than what you may be used to at home.

In airports we’ve been in recently in Guatemala and Mexico for example, a passport or sometimes a flight confirmation is required to walk into the airport, whereas in the US, you (or anyone) can often walk into an airport and physically be there lawfully at any point before the security check.

However, consider that when you arrive, it may be early morning, or before sunrise.

There are some cities, and especially smaller places, that can start to feel sketchy late at night and early in the morning.

To avoid any sketchy taxi situations when you arrive, try and arrange a taxi ahead of time. Talk to your hotel staff, hostel owner or Airbnb host to see if they have any taxi services that they trust. This has worked for us in a number of different cities and countries.

We also recommend that you use common sense! Don’t walk alone in the dark near an airport, and avoid dark streets, especially when you are not familiar with a new area in your destination.